Aboriginal Land – An Estate – A Farm – A Camp

It is believed that Five Oaks is situated on land where the Cayuga nation resided. A small settlement at the conjunction of the Grand River and Whiteman’s Creek, it would likely have been an important place for trade and ceremonial gatherings until a cholera epidemic depleted the community. This land became part of the Six Nations Reserve.

In 1836, Major Arnold Burrows was given one thousand acres (including this property) by the British Governmnet for an estate he called Strathmore. He served in the rebellion of 1837 (for responsible government) in support of the Family Compact and this land was his “reward”.

The estate was later broken up into farms and building lots. A brewery, a gristmill, a brick oven, plaster mill, and cottages were built on the far side of the creek. The property may have been part of the Underground Railroad for escaping slaves.

Eventually the property on which Five Oaks stands became the Pottruff farm. In the 1920’s and 30’s, church groups began to use the flat land (where the Pottruff’s pastured their cows) for church picnics and camps until the Brant County Council of Christian Education founded Camp Thayendanegea (named after Joseph Brant) in the mid-thirties. Many second hand buildings were moved onto the property to develop the site. In early days campers were given burlap bags and sent to the fields or the barn on the hill to fill them with straw for their mattresses. 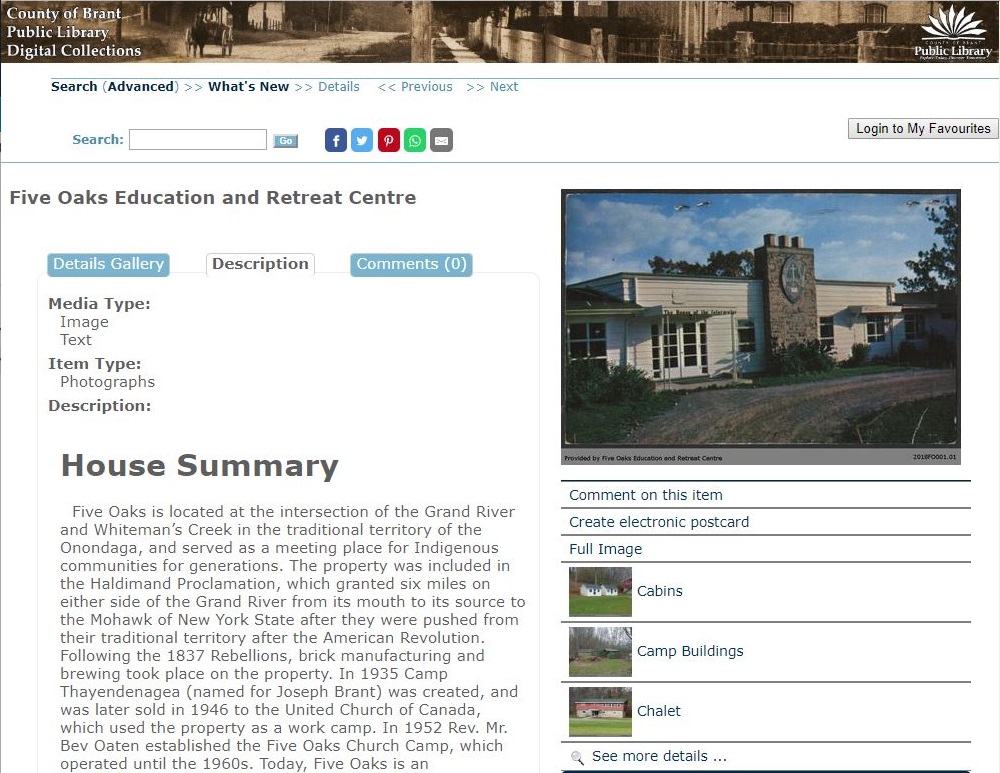 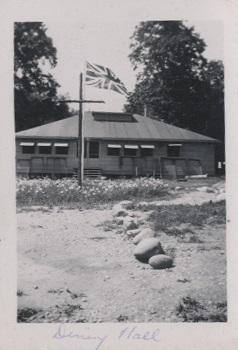 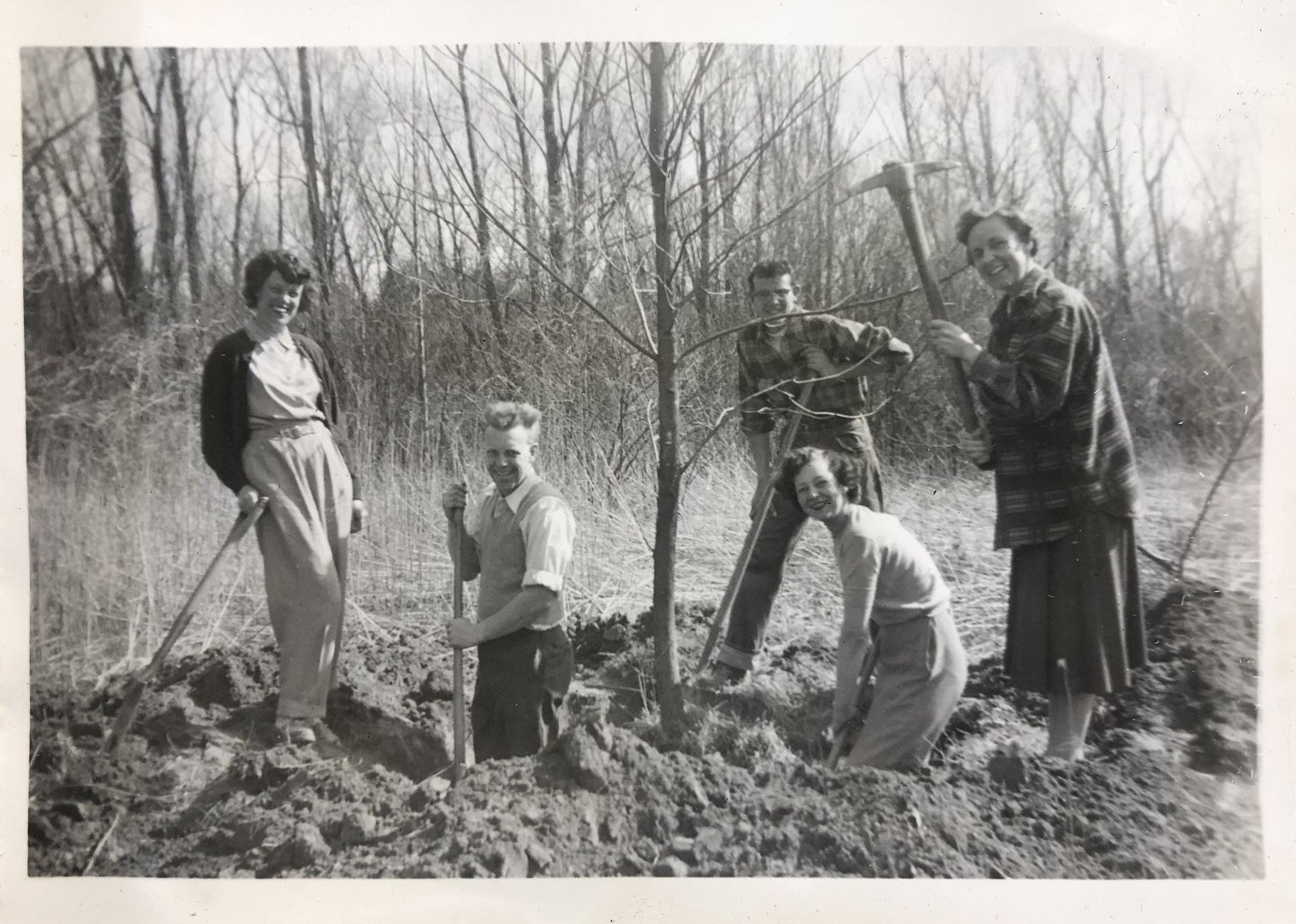 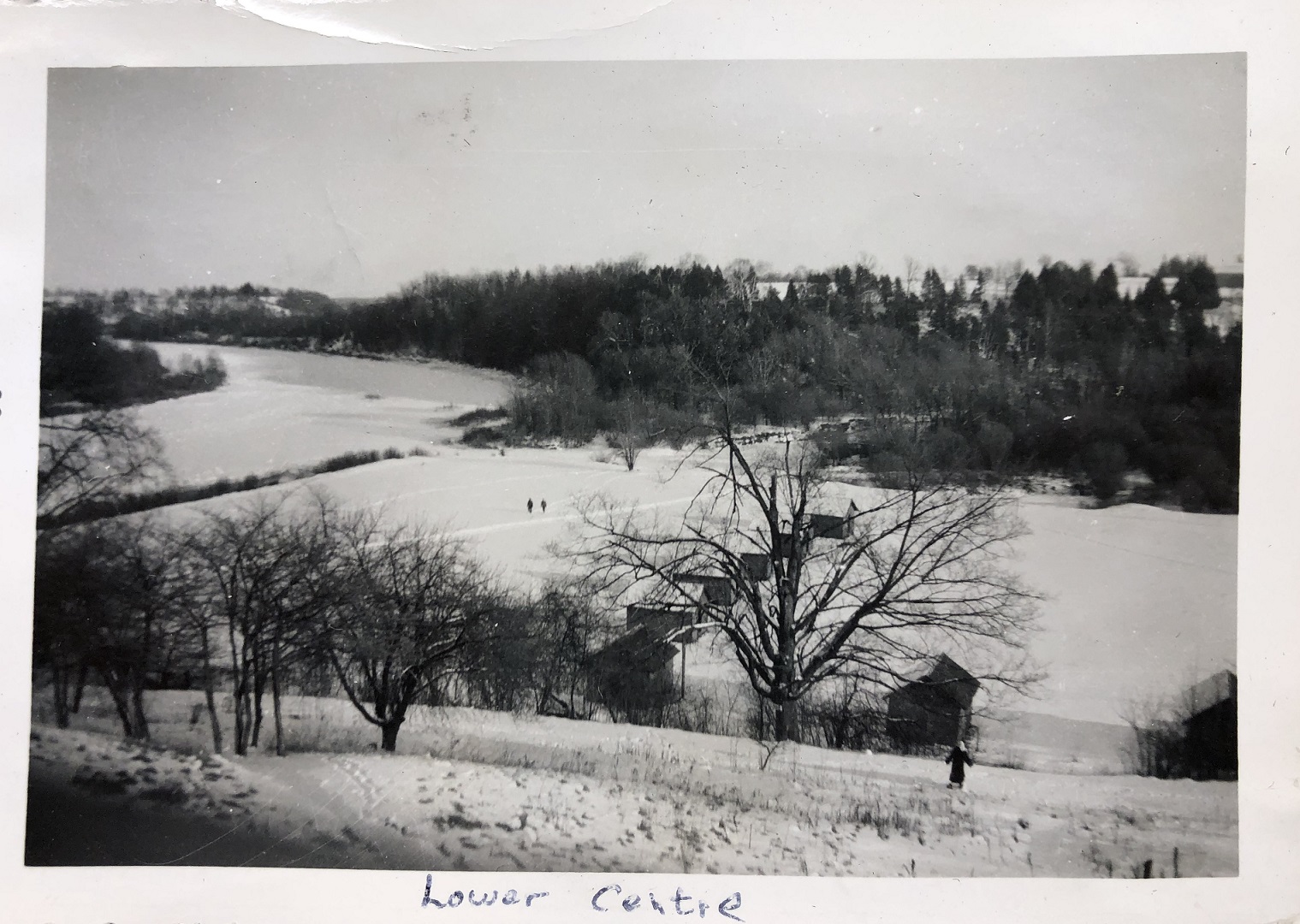 Bev Oaten was inspired to start a Lay Centre

In the 1940’s, a man named Bev Oaten became very involved in the work camp movement in Europe and North America. He helped clean up war damage near Paris, France. After World War II , he visited the Iona Centre in Scotland and Kirkridge in Pennsylvania.

While he was minister of Colborne Street United Church in Brantford Ontario, Bev heard about the development of Naramata Centre for lay education in British Columbia. Bev and others became convinced of the need for such a centre to serve the Church in central Canada. Camp Thayendanegea was selected in 1950 to become this new centre because its run down facilities were available for $1.00 and it was wired for electricity.

FIVE for the Five Conferences of the United Church

The place was renamed Five Oaks. “Five” for the five Conferences of the United Church that the Centre served. “Oaks” for the ancient oak trees on the property, that in Celtic tradition represent deep-rooted spirituality.

The first classes were held here in the summer of 1952 and the first winter classes were held in a nearby airbase in January 1953. More land was purchased from the Pottruff’s and construction began. The main building, the House of the Interpreter, (named from John Bunyan’s, Pilgrim’s Progress), was completed in 1953. New Hall and Wing C were added in 1956. The Chalet went up in 1959. These buildings are open year round, while the camp, now called the Summer Centre, is used only in the summer. All buildings were designed to provide a simple lifestyle that reminded participants that many in the world lived with much less.

Bev Oaten wanted the centre to follow the work camp model. The buildings were constructed by volunteers, paying a dollar a day for the privilege, with mostly second hand materials. Five times a day a bell was rung and all workers stopped to reflect on who they were and whose work they were doing. Worship and bible study were also part of each day.After construction was completed, participants in Five Oaks courses were still asked to contribute labour. They helped prepare and serve meals, clean, dig vegetables, paint, and perform general maintenance. Although there were weekend events from its beginning, Five Oaks originally put most emphasis on longer courses from one week to six weeks in duration. Courses focused on helping lay people put their faith in practice in their occupation, home and community life in hopes that God’s peace and justice would be lived out in the world. 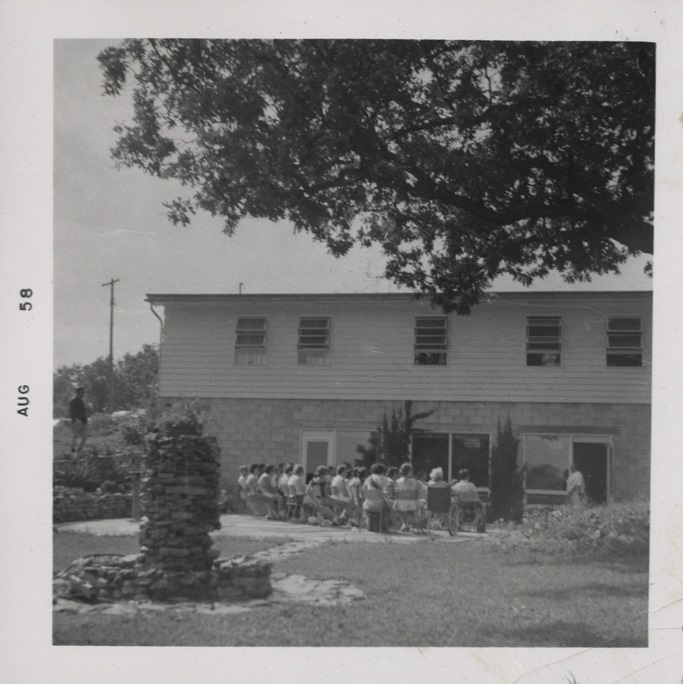 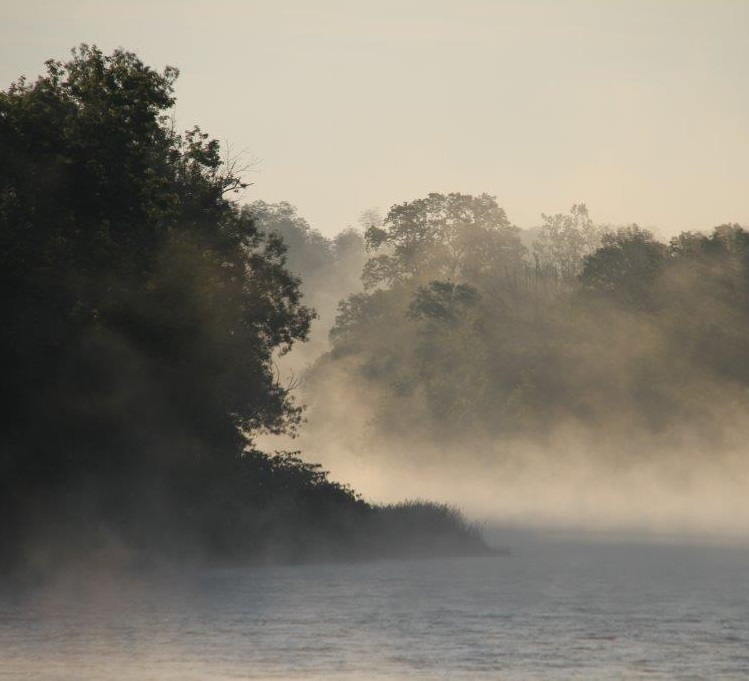 Five Oaks has always had strong ecumenical connections and is part of a worldwide network of centres under the umbrella of the World Council of Churches.

There are two other United Church Education and Retreat Centres: Naramata in British Columbia and Tatamagouche (formerly known as Atlantic Christian Training Centre) in Nova Scotia.

Native People’s Retreat has been held here every year (except one) since 1954. The Francis Sandy Theological Centre, which was located here, has amalgamated to become part of the Sandy-Saulteaux Spiritual Centre and has relocated to Beausejour, Manitoba. Six Nations is now a Vision Partner.

The Grand River Spiritual and Educational Resources Bookstore, is located in the House of the Interpreter and is its own incorporated ministry and has been a partner with Five Oaks since 1996.

The centre occupies 116 acres of Carolinian forest. On the walking trails, the hiker will find trees, shrubs, weeds and flowers usually found in the Carolinas in the United States.

Five Oaks is a sacred place where people, as individuals or in intentional community, come apart to look deeply into their own lives and the world in light of faith and values, and find their calling to participate in Spirit’s healing work in creation.

As an Affirming Centre, we offer hospitality to everyone and celebrate human diversity in sexual orientation, ethnicity, gender identity, ability, race, religion and age, regardless of economic situation.