Via Rail Canada provides frequent trains to Brantford station at 5 Wadsworth Street. Check VIA’s website for schedules and fares. Taxis can be hired at the train station for transportation to Five Oaks. Paris Taxi can be reached at 519-442-7873.

The closest bus station is the Brantford Transit Bus Terminal on 64 Darling Street. Both Greyhound Canada and Go Transit can provide you with schedules and fares at their websites.Taxis can be hired at the bus station for transportation to Five Oaks.

School buses can be booked in advance for larger groups by contacting Sharp Bus Lines at 519-751-3434.

Click on the Map for a Downloadable PDF version 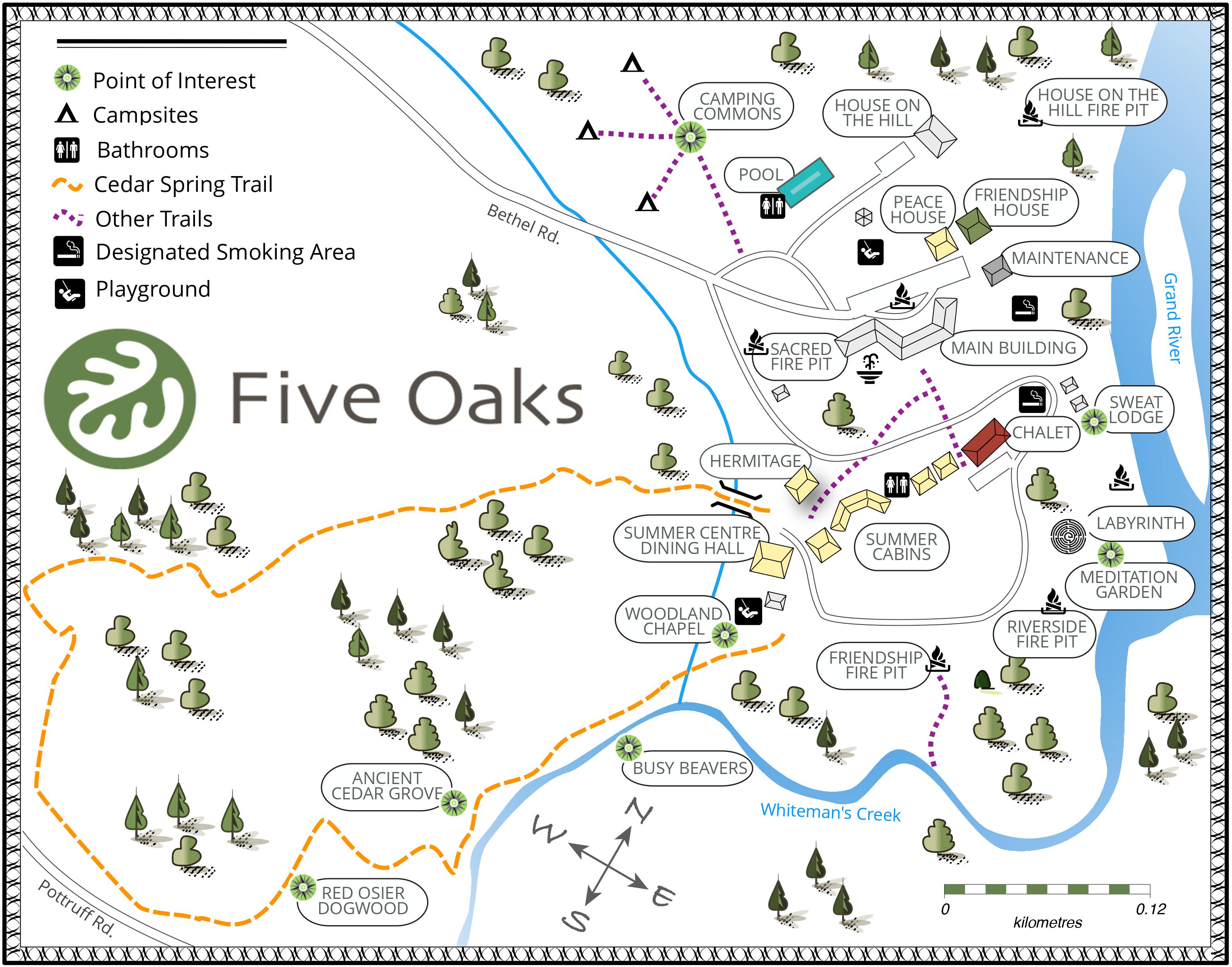