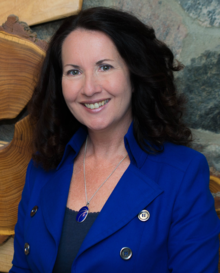 Dr. Wendy Fletcher is the President and Vice-Chancellor of Renison University College, affiliated with the University of Waterloo, and Professor of Religious Studies and Social Work.  She has also served as the Principal of Vancouver School of Theology, and on the faculty of Huron University College in London, Ontario. Dr. Fletcher’s areas of specialization include the history of race and racism in Canada, the intersection of culture and Christianity in the 20th century – including the story of gender and women’s experience in religious leadership, the history of colonization and its impact on Canadian First Nations, and the decline of Christianity in the North American culture.  In addition to her academic career, Dr. Fletcher is also an accomplished fabric artist.